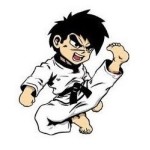 Images of yet another iPhone 5 prototype were released today by the Bold Solutions Media agency. While Apple has not yet confirmed whether or not they will be working with BS Media, the agency has initiated a public frenzy with the release of their images and information about the prototype design.

“There are some real big changes to the traditional iPhone design with this new prototype,” stated Ian P. Daly, PR Manager for BS Media. “For one thing, the user interface is exponentially larger than the traditional iPhone models, making it much easier to see and use the functionality of the phone. The digital display has been replaced with a number touchpad, as that has been a big complaint with previous iPhone models.”

Other changes that the new prototype boasts include a native, wired ear piece to allow easier and safer use when driving, a hand crank that extends battery life through human-produced AC current generation, displaying the iconic Apple logo on the phone’s face rather than it’s back, and optional double shoulder straps for the phone to be worn like a backpack or a single “sling-like” strap for the phone to be worn over one shoulder.

When asked about the apparent absence of the popular app functionality, Daly stated, “Apps are so 21st Century. This prototype is a 22nd Century phone. It’s the future of mobile devices that we, and Apple, are interested in. Apple has always been and always will be on the forefront of mobile technology development, and this is a huge leap forward for humankind.” In addition to the “simplification” of the new iPhone 5 prototype by removing the app functionality, ringtone options have been reduced to just one, a double bell sound.

Daly was quick to point out the hand crank feature introduced with this new prototype serves a double function. In addition to being able to charge the battery of the phone, the hand crank can also be used to connect directly to an Apple customer service representative. The customer service representative will be able to offer technical support with the use of the phone and will also provide the capability to connect to desired parties by voice command. “In the simplification process, we decided to get rid of the digital display in order to keep our future focus. All text messages are sent and received by voice through Apple’s live customer service reps. It’s Siri 2.0!,” raved Daly.

When questioned about his firms ability and competence to successfully design and launch the new iPhone 5 prototype, Daly defensively pointed at the images of the new prototype and exclaimed, “THIS IS BS!”

This video tutorial will walk you through how to copy and share a Google Doc spreadsheet. Please pos[...]

This is a tutorial on how to edit user roles / user permissions for a Wordpress website. [...]

I'm posting this because I spent countless hours trying to find a solution that would work, and this[...]

Here's a little Friday fun. Images of yet another iPhone 5 prototype were released today by the Bo[...]